The objectives of SSM & District CUPE Council are to: 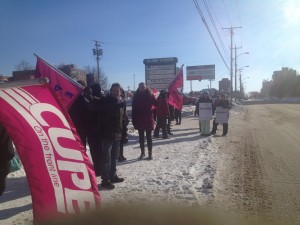